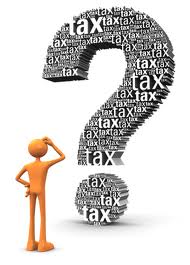 Special thanks to Taylor Carico for contributing to this post.

Tax implications of employment settlements bedevil everyone. Even Albert Einstein famously stated that “the hardest thing in the world to understand is the income tax.”

Charting it out may help. Knowing these basics is significant.

First, it permits cheaper settlements.  If settlement proceeds are gross income but non-wages, a plaintiff receives the time-value of money and an employer profits by reducing its unemployment and other payroll tax payments.  Put concretely, every dollar shifted from a W-2 report to a 1099 report will save an employer more than 10% of that dollar in payroll taxes (as well as increase the satisfaction of the payee for more cash in hand).

Second, it avoids tax penalties. Mishandling reporting triggers penalties.  If an employer fails to file the required 1099 or W-2 and/or reports incorrect amounts, it is subject to penalties of $250 for each return.  If an employer willfully and intentionally disregards such requirements, it may be liable for a penalty equal to 10% of the settlement amount (but that high standard is satisfied where the employer acts “voluntarily in withholding required information, rather than accidentally or unconsciously.” Purser Truck Sales, Inc. v. United States, 710 F. Supp. 2d 1334, 1339 (M.D. Ga. 2008)).

Finally, it facilitates bullet-proof settlements.  Knowing the tax consequences allows allocating the settlement and spelling out that allocation in the agreement itself.  Because both the employer and employee have joint liability on the taxes due,  allocating the nature of the claims and their corresponding dollar figure within the settlement agreement serves both.   Further, the IRS will usually defer to an arms-length, good faith allocation among the various categories of potential damages; conversely, a failure to allocate will cause the IRS to treat the entire settlement as taxable wages. See, e.g., Bagley v. Comm’r, 105 T.C. 396, 406 (1995), aff’d 121 F.3d 393 (8th Cir. 1997); Morabito, Fedinand A., TC Memo 1997-315 (July 9, 1997).

Let’s look at an example.

Al Einstein is a theoretical physics and mathematics professor at the California Institute of Technology (Caltech). His annual salary is $200,000.  Everyone agrees that Al is one of the most promising academics in the field.  This past year, Al made three business trips to New York, London, and Munich presenting on novel issues in the field.  Al submitted his expenses for reimbursement promptly after each trip.  Caltech still owes Al $10,000 for those business expenses.  Recently, Al published the groundbreaking theory of relativity overturning Sir Ike Newton’s law of universal gravitation.  However, as Provost of Caltech, Ike was quite embarrassed that someone on his own faculty undermined his life’s work.  As an assertion of authority, Ike demoted Al to associate professor and decreased his salary by $50,000.  Further escalating the issue, Ike made some off-hand remarks about Al being a communist at the Caltech Board Meeting.

Al was furious. Due to related stress and anxiety, Al suffered a mild heart attack.  The hospital bill was $100,000.  Embracing the American way, Al threatened to file a lawsuit against Ike and Caltech for slander, breach of contract, emotional distress, and unlawful discrimination.  Rather than risk trial, Caltech decided to pay Al $1 million to settle the claim a year later.

During negotiations, Al, Ike, and Caltech set out to properly allocate the settlement proceeds. Let’s look at the break down:

As you can see, tax aspects of an employment settlement can be tricky, even for Einstein. Before finalizing an employment settlement, make sure you consider the tax implications of the payments.  Both the employer and employee will be happy that you did.  And who knows, you might even find that the formula holds true: in Employee settlements = Money Counts.