Spring means a few things for me but especially spring training for professional baseball and geeking out over how to get the most out of the talent on my favorite team (both on the baseball diamond, and in my office).  Baseball performance metrics have changed over my lifetime.  I watch expectantly at the promise of equivalent change in non-baseball employers as I read articles like “The Performance Management Revolution” in the Harvard Business Review. 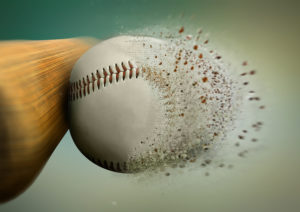 Let me expedite that change by sharing how businesses might copy the Pittsburgh Pirates.

A metric now used in baseball is Wins Above Replacement (WAR).  WAR is the value that would be lost if that individual employee was unable to do the job and you had to replace that person with an average employee.  This is illustrated in a recent book explaining how the Pittsburgh Pirates ended 20 years of futility and got to the playoffs in 2013.  Big Data Baseball, puts the value of one WAR in the 2012-2013 at $5 million.  That year, Andrew McCutchen won the MVP award for the Pirates with a WAR of 8.1 and a salary of $4,500,000 – meaning that his true value was $40.5 million, or a value of $36 million over what the club was paying him.

Thinking this way can be useful for employers as well. The true value of a given employee is the value of that person relative to his or her replacement.  Obviously, turnover is expensive so there is a value in retaining the talent you have.  But an employee with a negative WAR (with your own WAR being an assessment of the full value of the employees you have) by its very nature cannot be better than a replacement.  And an employee with a minimal WAR can be more easily replaced by an all-star with a lot of potential.  So then the question becomes, how do you calculate your own WAR?

2.  Think Outside the Box

Going into the 2013 season, the Pirates had one of the lowest payrolls in baseball. And management was given only a budget of $15 million to bring in additional talent to improve that off-season. To provide a sense of the challenge that was presented here, 28 free agents received an annual contract value of over $10 million prior to the 2013 season, with the top pitcher receiving a 6 year, $147 million contract, and the top hitter receiving 5 years and $125 million. But the Pirates still had to find a way to win, so they went looking for undervalued players, and found one in catcher Russell Martin who had a skill that had not previously been measured – pitch framing.

Pitch framing is essentially how a catcher catches the pitch so either a potential ball is called a strike, or a potential strike is called a ball. For years this was talked about, but never measured – but with additional data came additional ways to quantify the effect of this undervalued skill. What this data showed was that Russell Martin brought a huge amount of value just by getting the umpire to call more strikes – 70 runs from 2007 to 2011. Over the same period, the Pirates primary catcher at the time cost the club 65 runs. So this one position, and one skill had the difference of 135 runs over a 4 year period. Runs, simply put, translate into wins – in this case, 13 wins that the Pirates had left on the table over those years based on this one skill alone.

Yet, Russell Martin, based on the usual baseball metrics, was coming off a horrible year. In 2012, he only hit .211, with a .311 on base percentage. His RBIs had dropped to 53 – quite simply, he was not sexy, and he was not who a team would traditionally spend money on when they needed to win. Nonetheless, the Pirates gave him a 2 year, $17 million contract. Finding untapped skillsets – like Russell Martin — in your current or prospective workforce that you can then use for your company is the real world equivalent of gaining those 13 wins. The difficulty is abandoning the traditional and thinking outside the box: what is your equivalent of pitch framing? Is it worth taking time to consider what it might or could be?

Moneyball, the Michael Lewis book and Brad Pitt movie about how my beloved Oakland Athletics found their own way to win with a limited payroll, is justifiably famous.  While Moneyball was notable for showing how new statistics could be used to find value, it was actually more revealing if you stop and consider the decision-making process that Brad Pitt faced:  while the “smart guys” in the room were all Ivy League grads with laptops, the baseball people made all the decisions.

And before 2012, this is how the Pirates operated too.  The manager, Clint Hurdle, was an old-school baseball-lifer.  The general manager, Neal Huntington, was a Dartmouth grad who was crazy smart, but did not interfere with the clubhouse.  Unsurprisingly, this was not working until Dan Fox stepped up. Dan Fox was the Pirates main analytics expert.  He was an Iowa State grad with a true skill in explaining complex processes.  Fox found a way to take all this data, and present it in a format that was compelling to ball players.

Starting from spring training, he convinced the coaching staff to value shifts of their infield defenders to minimize the opponents ability to get on base with ground balls and simultaneously convinced veteran pitchers to start throwing a sinking fastball with less velocity, but a higher likelihood of a ground-ball.  Then, Fox convinced hitters who were paid on home runs for years to stop pulling the ball and instead use the whole field.  He did this by becoming ingrained in the clubhouse, and an indispensable part of the club.

What does Dan Fox’s success teach all the rest of us?

The Pirates were extraordinarily successful in 2013: making the playoffs for the first time in 20 years, winning the Wild Card game at home, taking the Cardinals to the edge in their series, having a player win the MVP, and having 5 players, including 3 pitchers, as All-Stars. They got extraordinary value, with a motley crew like Francisco Liriano (3.0 WAR and $1 million salary) and Starling Marte (5.0 WAR and $500,000 salary) providing value.  The Pirates went to the playoffs again in 2014 and 2015, losing in the Wild Card game both times, and then in 2016, flop city.  Trying to stay ahead of the curve by playing their outfielders closer to the infield to cut off hits, the Pirates regressed to a losing record, showing that innovative organizations always looking for the edge will sometimes fail.

The safest thing any organization can do is to continue to be average by following what has been successful in the past. But looking ahead is key to learn the lessons of spring – to take advantage of the talent you have, and recruit the talent you need.  Seeking glory means doing things that are considered odd.  So, go home tonight and ask (1) what is the right means to measure WAR in your organization; (2) what is the hidden talent like “pitch framing” that is currently unrecognized/unrewarded; (3) what would Dan Fox do to improve your organization with his ability to explain, cajole, and provide reliable feedback; and (4) is it better to play it safe or to risk in order to dare for success?

Just like the Pirates, you can succeed, regardless of your history and limitations.